DR Congo: Finding a way to reach the most vulnerable

Hello, I’m Esther! I’m writing to you from the town of Beni in Nord Kivu, where I’m covering for the Base Manager while she is on leave. This is my third time working with Medair in DR Congo in the past eight years.

Each time I’ve worked here, security has been one of my responsibilities. Right now, our team is responding to an Ebola outbreak and to several ongoing emergencies, yet the security situation has been deteriorating due to the activities of armed groups, making humanitarian access difficult.

My security responsibility means that I monitor staff movements, knowing who is going where by liaising with the project teams to know their plans. In collaboration with other humanitarian partners, UN agencies, and their security departments, we conduct daily security checks on the main roads we use, and decide whether it’s safe to proceed or not.

When I started back in 2010, I attended security meetings, hearing updates in French (not my mother tongue) about how many people were kidnapped, raped, or killed over the weekend. That was very hard at the beginning, to collect all that bad news and then start your week with it. It was quite difficult at the beginning also to learn the geography, ethnic groups, and armed groups in the different areas. I feel that now it’s quite normal for me to get all of those messages, so I sometimes ask myself whether I’m getting a bit hard or too relaxed about it. That said, I don’t think that anyone in humanitarian aid could cope with receiving all those messages if they just accumulated in your head. It’s difficult, but on the other hand, it’s also a responsibility I embrace: to ensure that everyone is safe for the night, wherever they’re staying. 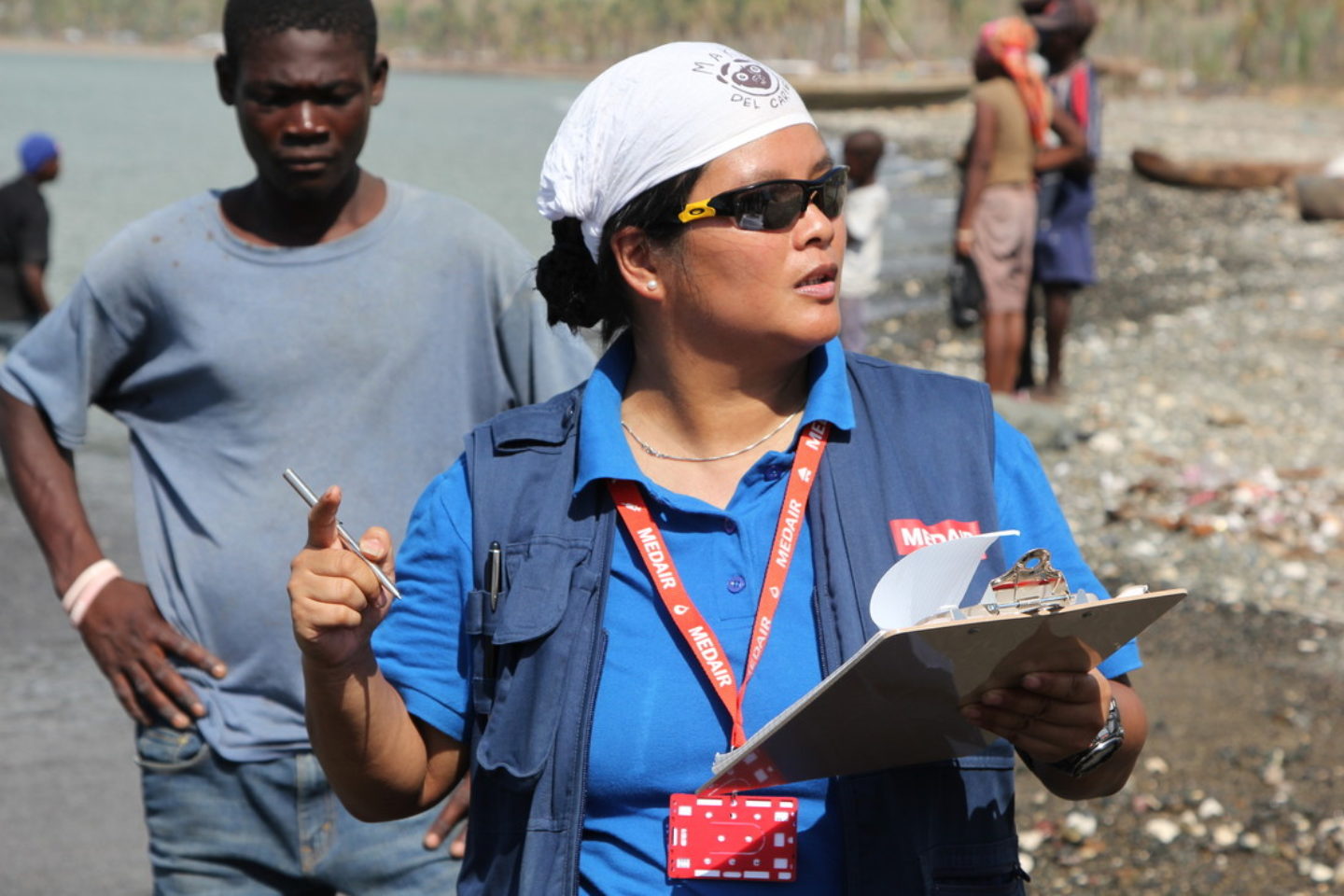 Esther oversees the movement of supplies, while working for Medair in Haiti.

I remember one event in August 2016, when I was Base Manager here in Beni. A security incident happened out the blue, very close to our base. All the medical team members were in the field, as we’d started a training week for health centre staff. Due to the incident, all the roads into Beni were completely blocked, while inside the town, tvres were set on fire, militias were moving, and a lot of civilians were killed. I had to inform the team that they could not come back to the town because their lives would be at risk. It was hard, because their families were here in Beni and asking them to return home. Every night, I had to inform them, “Sorry, you cannot come back yet.” It started on a Saturday and went until the following Wednesday evening. It was a hard decision to make, but when they came back, they said “We know that we’re working for an NGO, it’s different. We’re very grateful that you considered all sides for us.”

For me, I’m grateful that Medair has been here in DR Congo for more than 20 years. Seeing the development of the Medair country programme has been really astonishing. It’s amazing to see that we have expanded the bases and areas where we work, and it’s encouraging to see the development of our staff members. It’s a real blessing for me to come back for a third time. To be here, to find a way of reaching people despite the security situation, and to show people that someone cares—whether it’s Medair or me personally—I think it is really encouraging for people!

Your gifts bring life-saving aid to vulnerable people in DR Congo.  Thank you for your support!

This content was produced with resources gathered by Medair field and headquarters staff. The views expressed herein are those solely of Medair and should not be taken, in any way, to reflect the official opinion of any other organisation.