“When we came here for the first time, I saw this man standing in the middle of the road. When he realized we were here to help he started smiling and followed the car” says Dr Nicky, part of MAP’s mobile health clinic

“When we came here for the first time, I saw this man standing in the middle of the road. When he realized we were here to help he started smiling and followed the car” says Dr Nicky, part of MAP’s mobile health clinic.

Irman lives in Soulowe, a small village surrounded by green rice fields in Sigi, Indonesia’s Central Sulawesi. On 28 September 2018, he was inside his house with his family, cooking rice for dinner, when the floor started shaking. “The house started moving, the walls started collapsing. We managed to escape. My family is safe but the house is gone.”

This is not the first time he and his family have experienced an earthquake. In 2004, a strong earthquake damaged his house and injured his little daughter, “the wall collapsed on her but she is a strong girl and she managed to survive” says Irman.  Together with his 10 member family Irman lives under a makeshift tent built close to the pile of rubble that used to be his house. Local NGOs, under the coordination of the Government of Indonesia, have reached the village and started distributing clothes, food and a very limited number of tents. 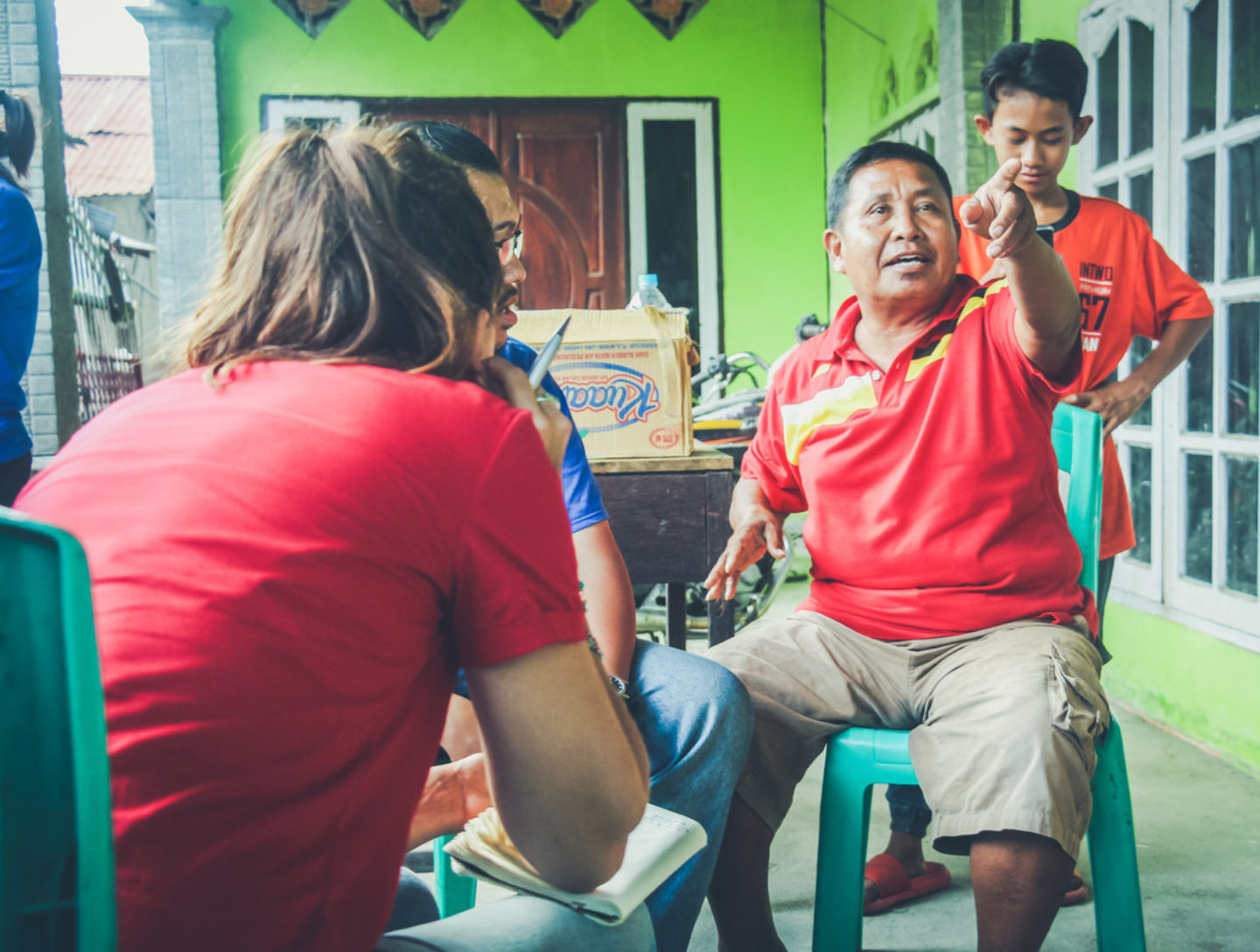 However, the aid is not enough. “Almost every family has been affected and most of the houses are uninhabitable now,” says Irman.  “Even if some of the houses seem to be standing from outside, they are cracked inside and people don’t feel safe living there anymore”.

People sleep outside in crowded areas with very poor hygiene conditions. They lack the tents, blankets and mosquito nets they need to prevent common diseases such as dengue fever and chikungunya. Local markets have also been affected and people cannot buy hygiene items such as soap, toothbrushes and nappies for babies. When asked about the future, Irman hopes to receive some help to rebuild his house and those of his neighbours. But, for the people in Sulawesi, having a roof over their head is not enough. The entire village depends on the surrounding rice fields for their livelihoods.

Luckily, the fields have been spared by the earthquake but the only irrigation system in the area has been cut off. “If water is not restored soon, the rice plants will not survive and, in a few months’ time the entire village will run out of food” says Irman. 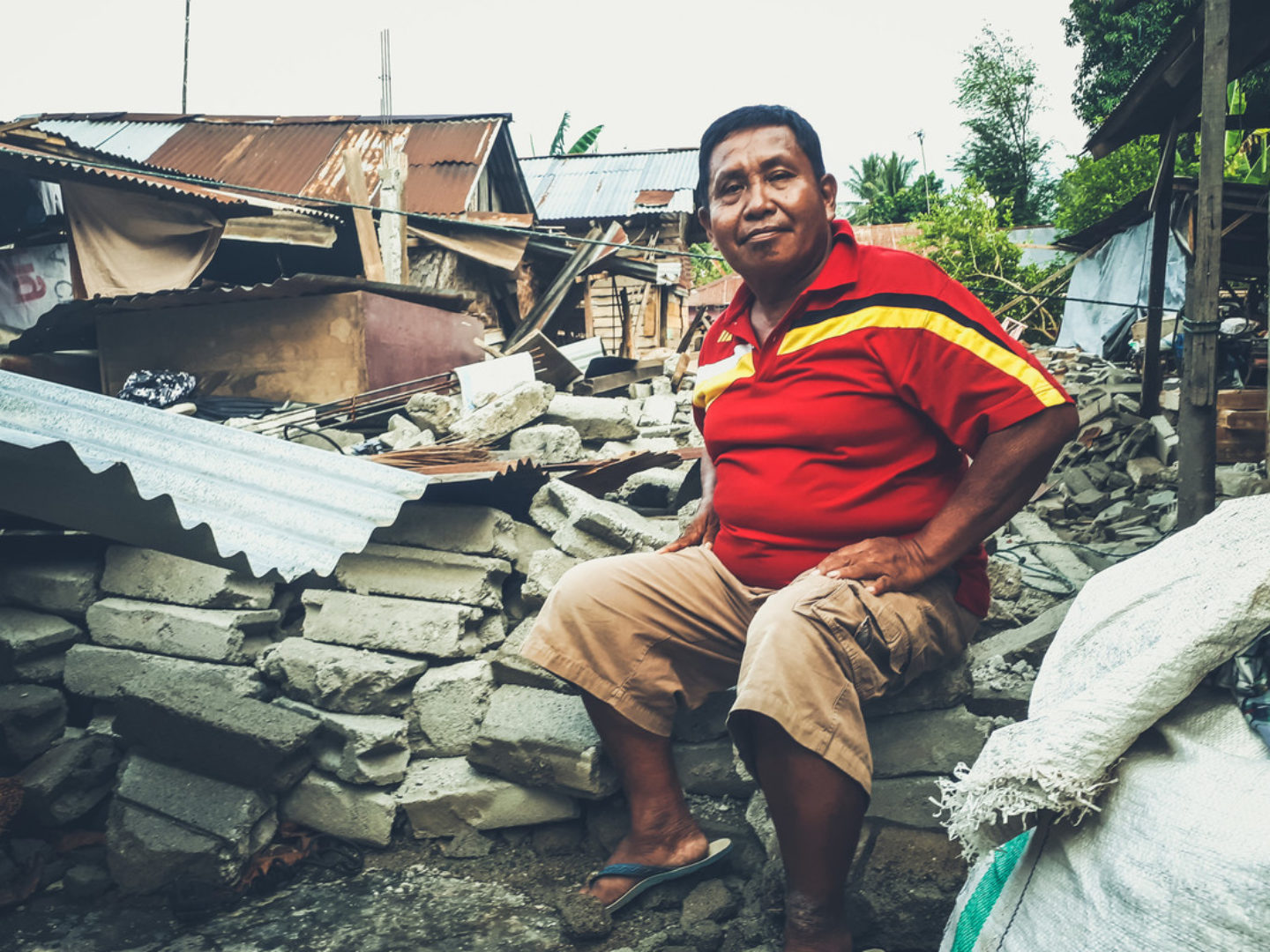 The 28 September earthquake has not only destroyed houses it has heavily affected the local economy and has left people shocked and traumatised. “Most people come to the clinic saying that they feel “something wrong in their chest,” says Dr Nicky, part of MAP’s mobile health clinic.“ The symptoms they describe show a high level of psychological distress and anxiety”. Like some of Sulawesi’s houses, the residents show resilience and can look ahead but inside their souls the earthquake has left heavy, invisible cracks that are there to stay.

Medair has a team of experienced emergency relief workers positioned on the island of Sulawesi, looking to begin operations in the affected areas of Central Sulawesi. The team has entered partnerships with three locally nationally registered NGOs which are working in the affected area: Yayasan Menara Agung Pengharapan –Indonesia (MAP), Yayasan Bumi Tunggah (YBT); and Cipta Fondasi Komunitas (CFK). Through our local partners, Medair is proposing a distribution of emergency shelter, non-food items (NFI), and hygiene items in key areas in Donggala, Sigi and Palu districts.